TechnoPlus Industries, TPI, is a cutting-edge company that puts people first. TPI is a quality company specialising in machining of critical mechanical components as well as design, manufacture and qualification of mechanical systems and specific tools for the nuclear, aeronautics, space and defence industries.

At TPI, competent professionals who understand your demands work with you to make your projects a reality.

Technoplus Industries (TPI) was created in 1986 from two companies, SEIV and SGOP, from nuclear and aeronautics, respectively. We have since become a major player in the highly demanding nuclear and aerospace industries.

TPI was a subsidiary of TechnicAtome from 1994 to 2013. During this time, we developed unrivalled expertise in critical nuclear systems and an efficient quality control system.

In 2013, TPI left the Areva group to become an independent SME once again. We are now part of the Impala Group and CNIM has acquired a stake in the company.

Since 2017, TechnoPlus Industries has also been the sole shareholder of SDMS, la chaudronnerie blanche®. We acquired this stake as part of a controlled growth and technical consistency strategy. 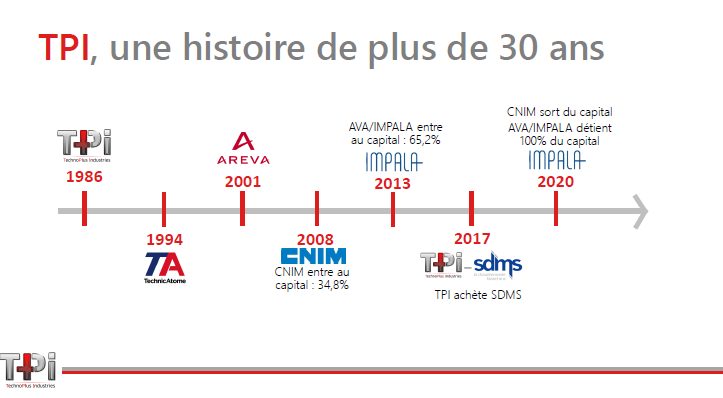 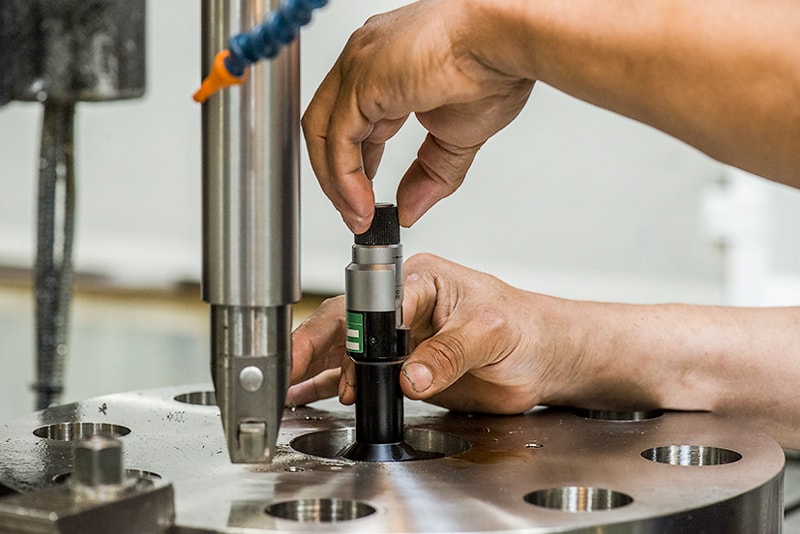 More than 30 years of experience and expertise in technology and quality. 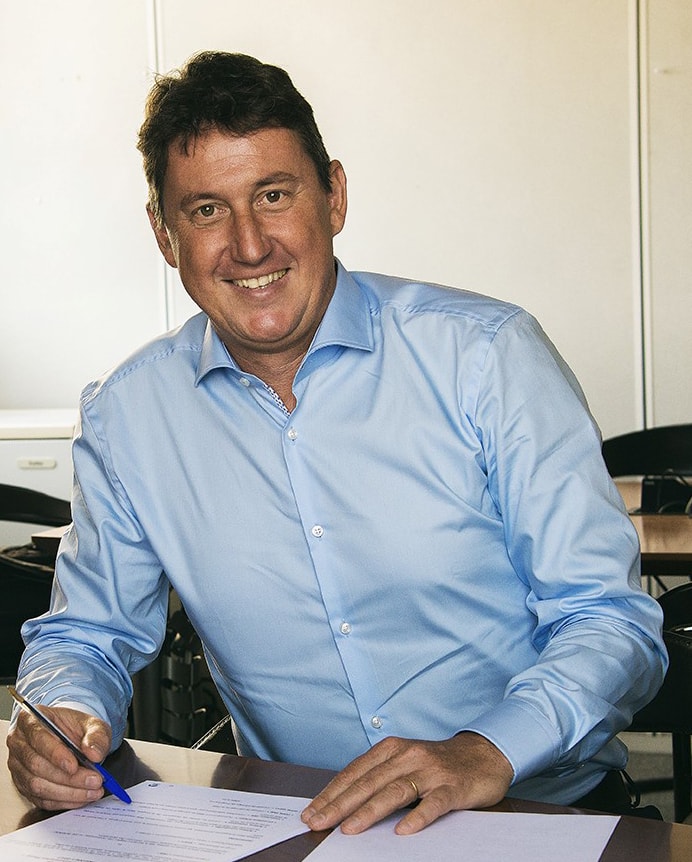 ''We see ourselves as an example of French industry: efficient and people-oriented”

Keeping our customers satisfied by listening to their needs and being proactive is an opportunity to grow together. We ensure the company’s future by building relationships based on mutual trust and efficiency and maintaining a balance in our customer and supplier relationships.

The unique skill sets and versatility of the women and men of TechnoPlus Industries, built over 30 years of experience, make us experts in the cutting-edge fields of industry.

Quality is in our DNA. To meet our customers’ demands, TechnoPlus Industries upholds the principles of traceability, transparency and rigour while striving for excellence.

Mutual respect brings us together, helps us grow every day and teaches us to be kind.

We all need to respect our environment, codes of conduct and procedures and keep our commitments.

Our social, societal and environmental responsibility policy helps us face the challenges and risks inherent to our occupation. Each and every one of us has the responsibility to set an example, demonstrating the professional ethics necessary for quality work.

I use plans to assemble complex machines. You have to follow the plans very closely... a single screw can throw off the whole system. We mostly work on important safety components, which makes the work very precise and demanding. I get the satisfaction of being able to make these complex machines work. I’m proud to contribute my skills to nuclear propulsion...

I'm a project manager in the nuclear field. I monitor the construction sites for the facilities we design. I work directly with our customers, keeping them up to date on the project’s progress. We often have urgent requests for a wide variety of services. I need to be nearby and available for these kinds of short-term projects.

TPI also guarantees quality and respect for the environment and regulatory requirements of our industries. 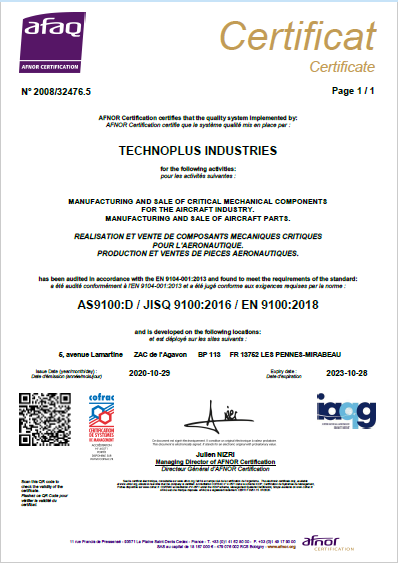 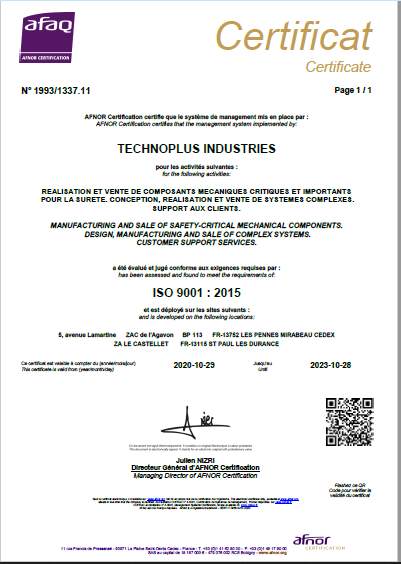 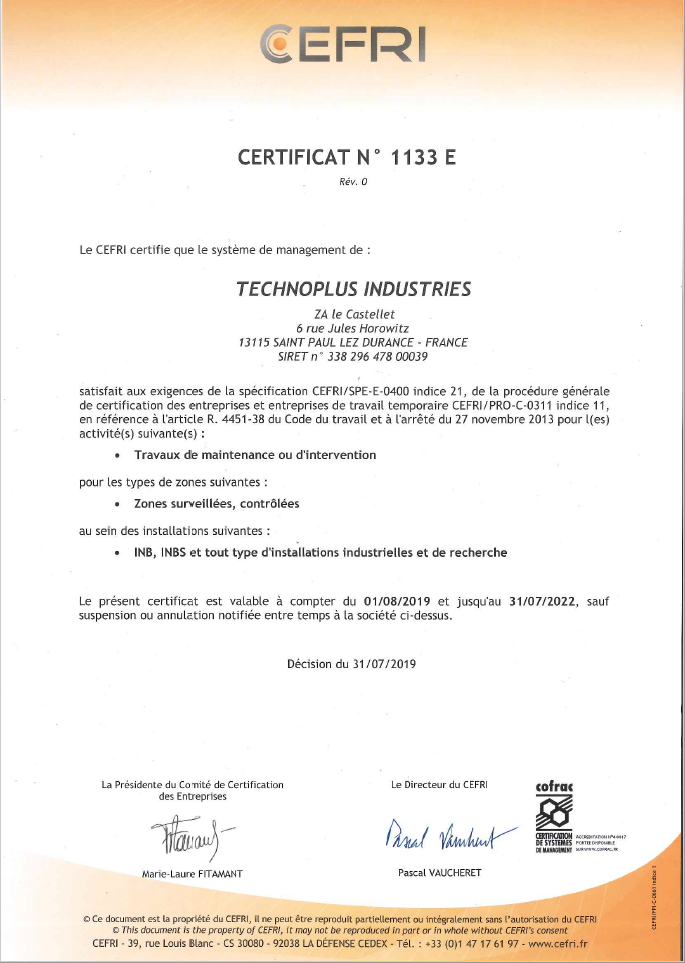 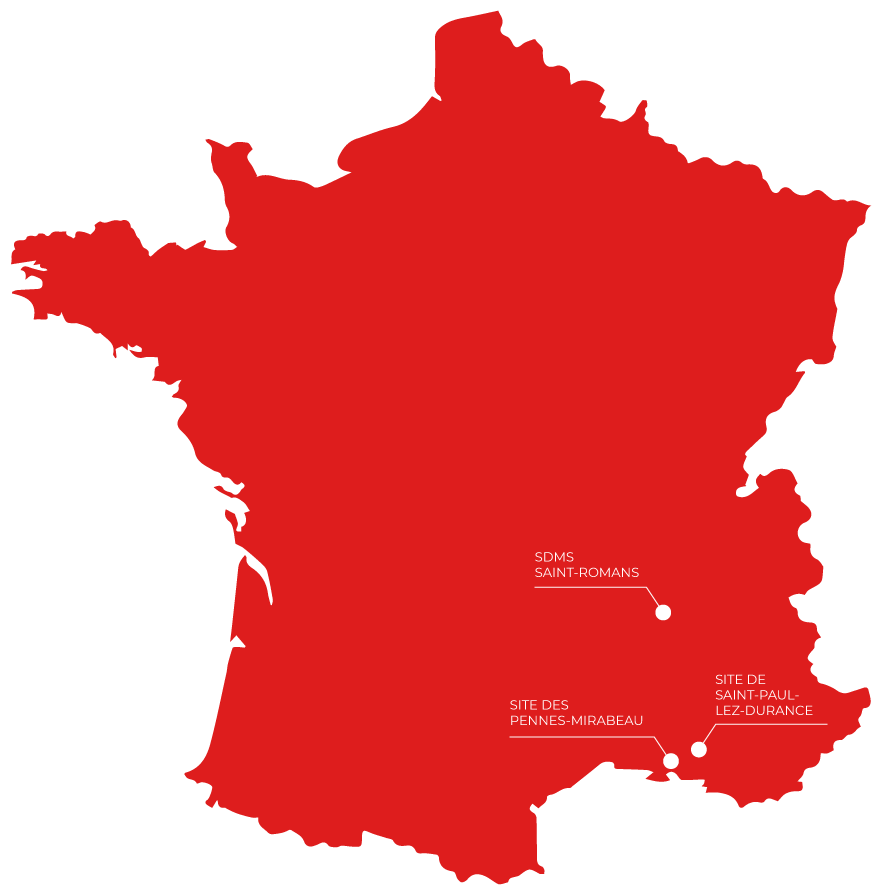 A subsidiary with unique expertise

In 2017, TechnoPlus Industries became the sole shareholder of SDMS, la chaudronnerie blanche®, a company with 50 years of expertise in boilermaking and welding precious and rare metals.

With TechnoPlus and SDMS’s complementary services, we can provide our customers with comprehensive, integrated solutions, all in one place.